CHRISTIAN RELICS IN THE SOUTHERN ANNEX 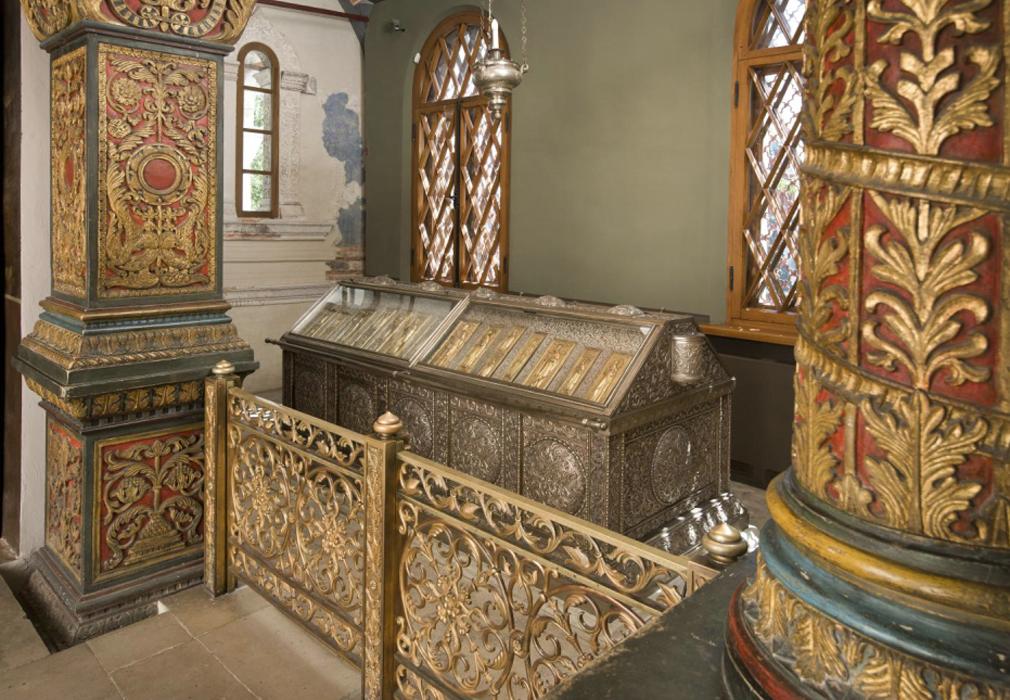 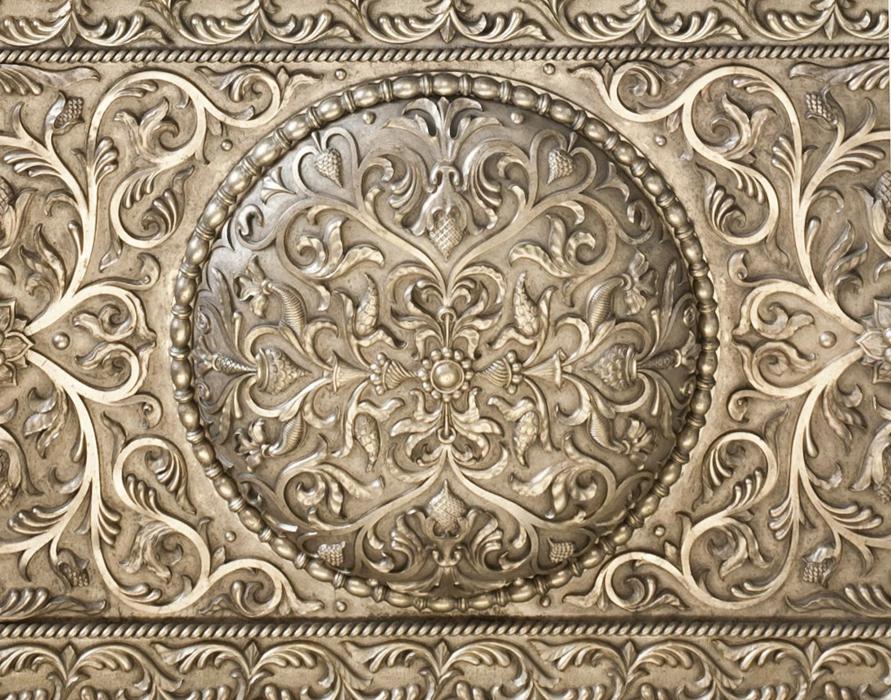 Designed in the form of an Old Russian tomb, the shrine rests on a pedestal from grey marble. There are recesses for reliquaries on two sloping sides of the shrine. Its surface is all covered with a chased relief ornament in the style of the 16th century. A high relief effectively contrasts with the polished and dull background. The shrine was executed at the expense of church and cathedral warden, commercial counsellor P.A. Smirnov. It was made by masters of the Moscow factory of A.M. Postnikov in 1894 after the project was considered by the commission on the restoration of the Annunciation Cathedral and approved by the Emperor’s supreme order. At the same time, an openwork lattice separating the southern porch from the gallery was cast and two floor-standing candleholders for fifteen candles were chased.

Twenty-eight reliquaries with the relics of the saints were chosen for the shrine in 1894. The container itself was meant for keeping those miniature shrines, which make up a unique historical and artistic complex of the end of the 16th – first third of the 17th century, with its own story.

Such kind of silver gilt shrines for the relics, which were kept at the royal court, started to be produced already at the end of the 16th century. Jeweller’s work got a meaningful manner—they executed 5-6 shrines a year. There is a hypothesis that according to Tsar Boris Godunov’s idea, those miniature precious arks with relics were to be kept in the altar of the Annunciation Cathedral so that the altar in the Moscow Kremlin would render the Chapel of the Ascension in Jerusalem. But that plan was not destined to accomplish. Such reliquary making continued in the reign of Mikhail Romanov, the founder of the new dynasty, who aimed at preserving existing traditions. First, the shrines were stored in the Tsar’s Treasury, then in the cathedral’s sacristy, and from 1681 on – next to the High Place in the altar of the cathedral, in wooden boxes with the royal seal. In the present-day exposition, the shrine stands in the very place in the southern annex, which it occupied originally.