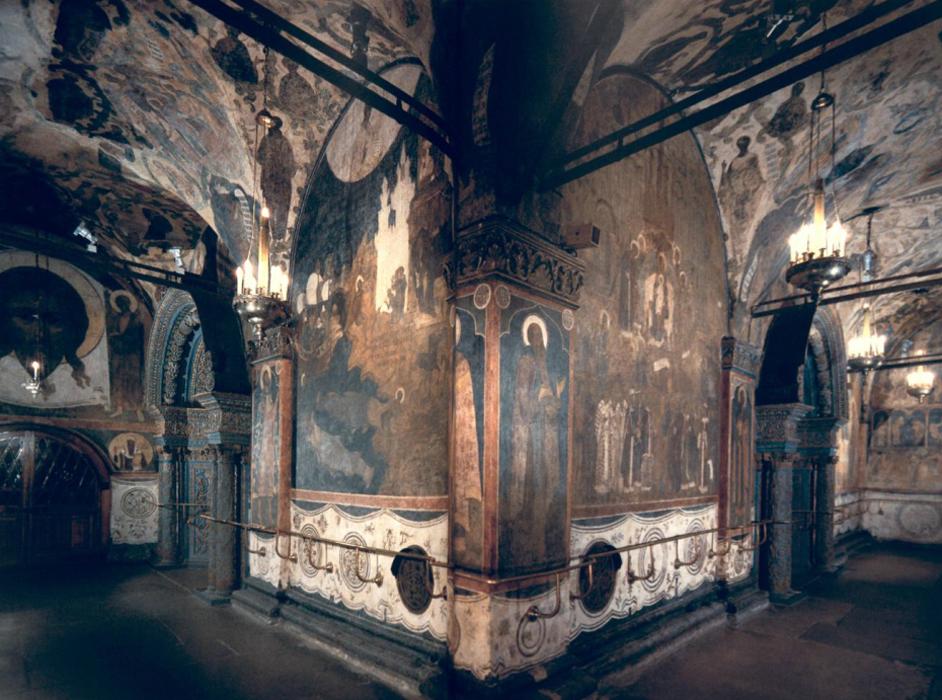 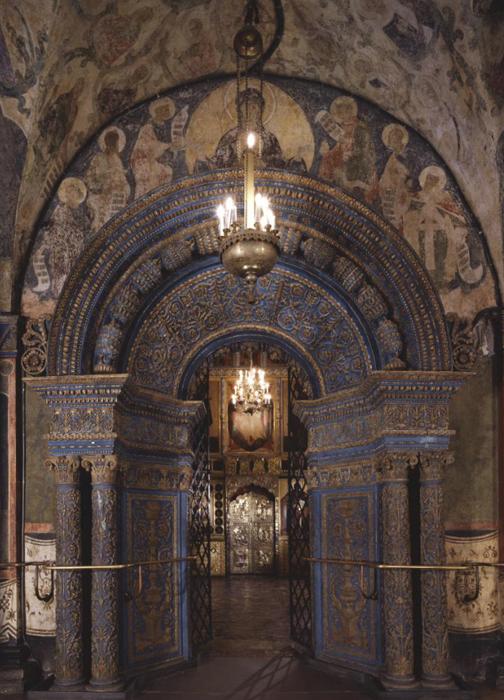 Panels of the portals are filled with complicated compositions, including depictions of vases, lights, dolphins and floral ornament. The modern painting of the portal in blue with gilt was made in the late 19th century. Originally they were most probably varicoloured. 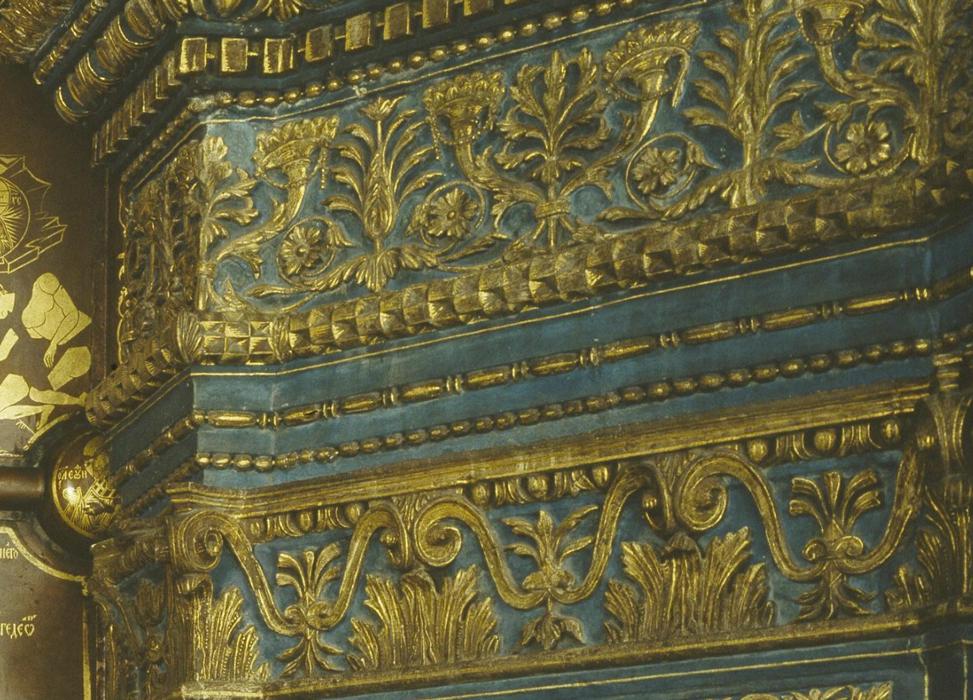 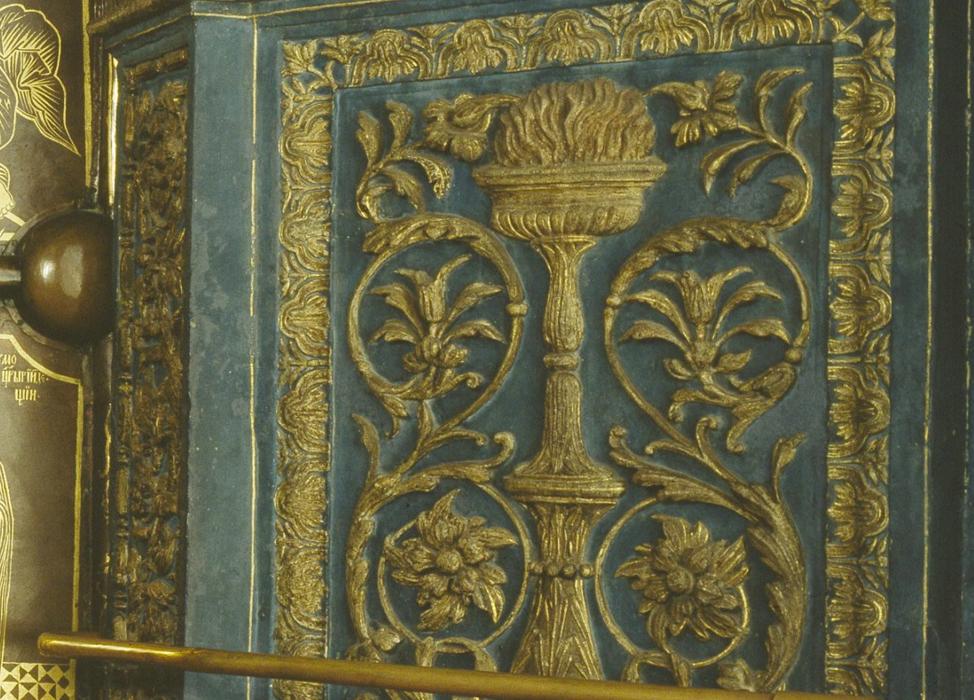 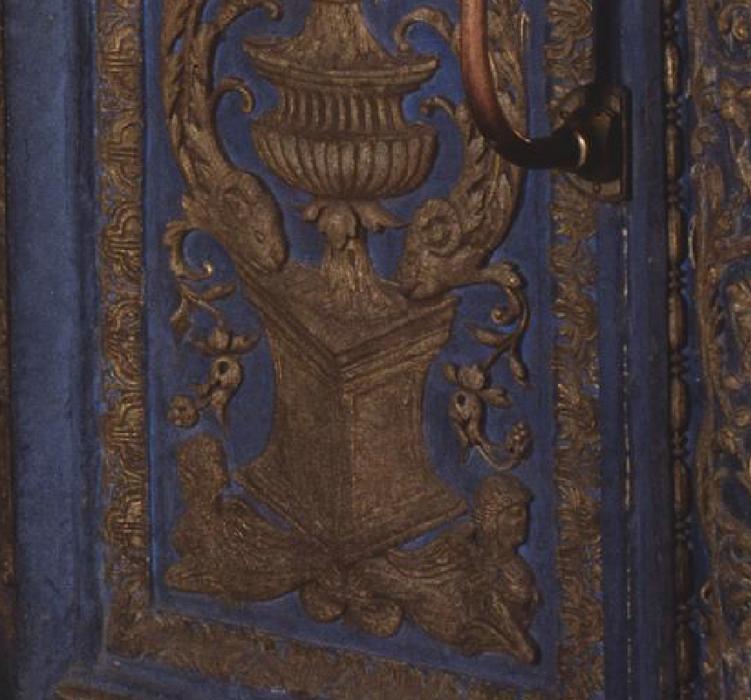 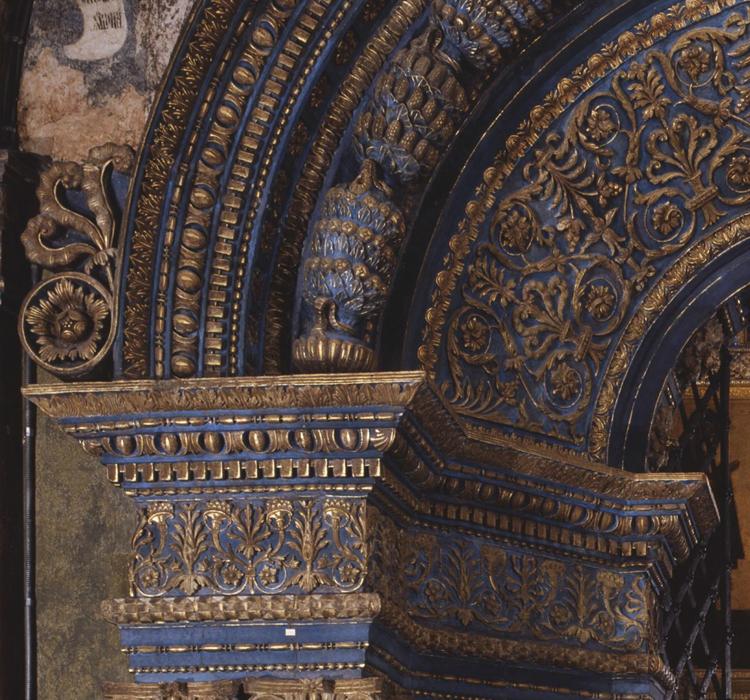 There are “golden gates” at north and west portals—iron hammered doors, on the facial side of which copper panels adorned with gold inlay are fixed.

Upper semicircular panels of both gates bear images of the Annunciation, showing their belonging to the cathedral. 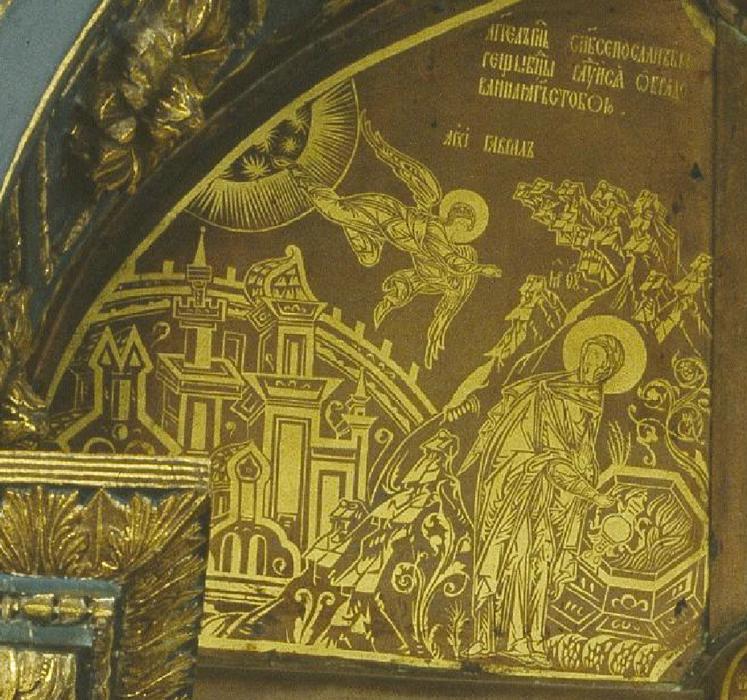 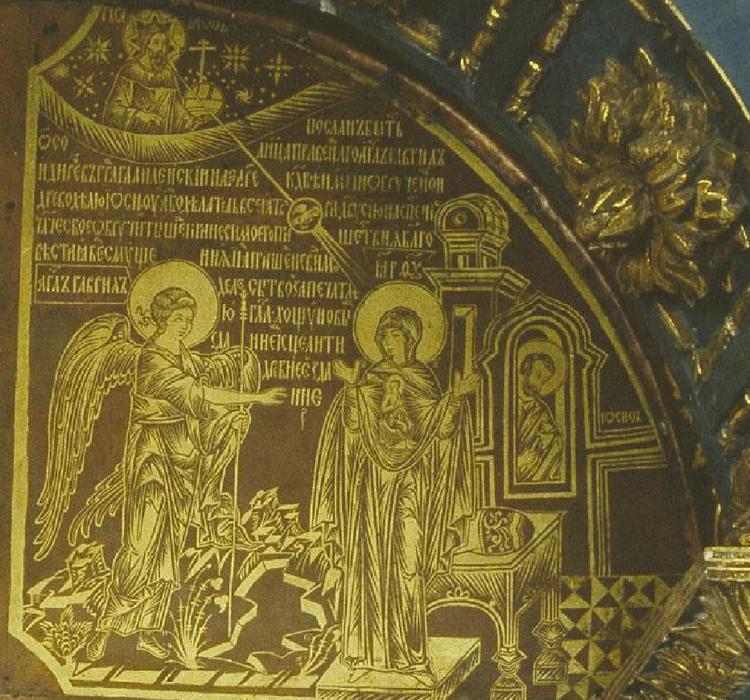 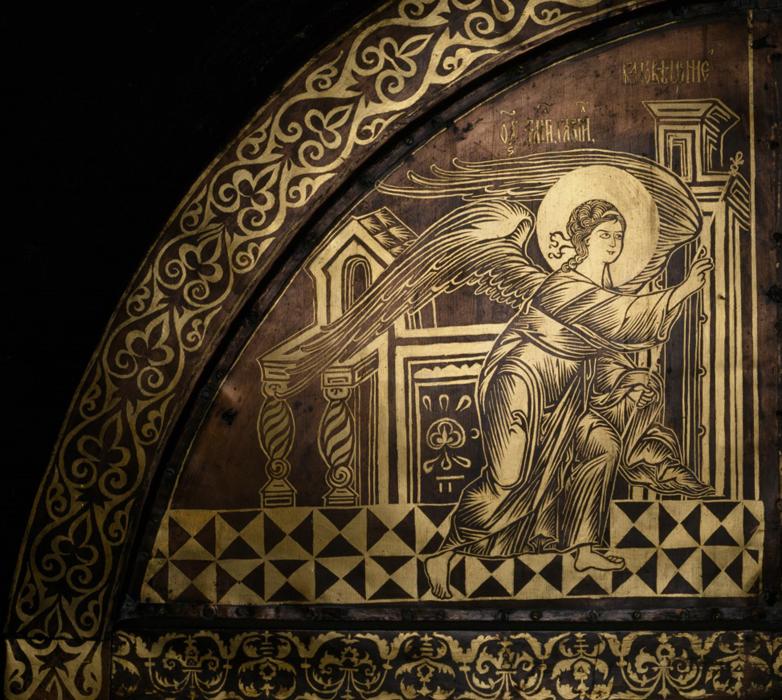 There are biblical prophecies about the Holy Virgin below the images of the Annunciation, i.e. Prophet Aaron is depicted with the flourishing staff, Prophet Daniel—with the mountain (north gates), Moses—with the burning and unburnt bush and Jacob—with the stairs (west gates). 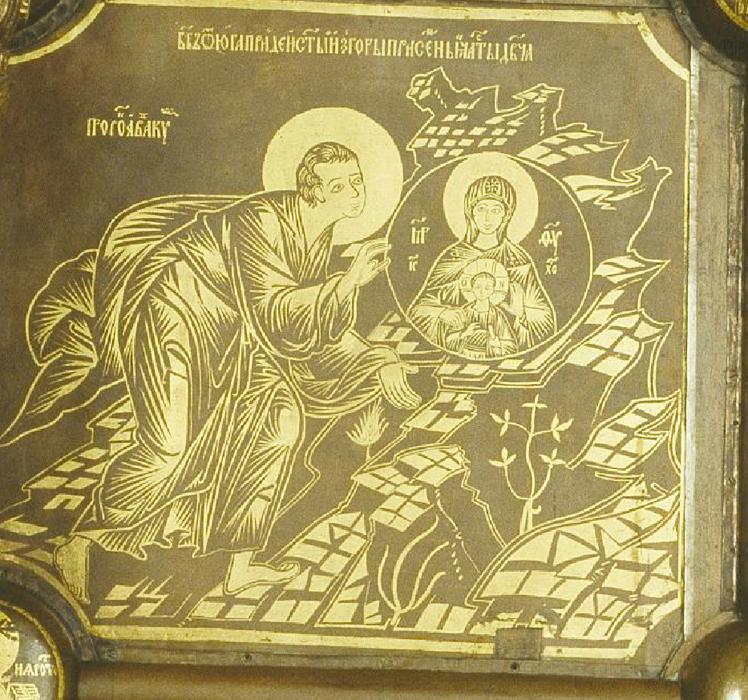 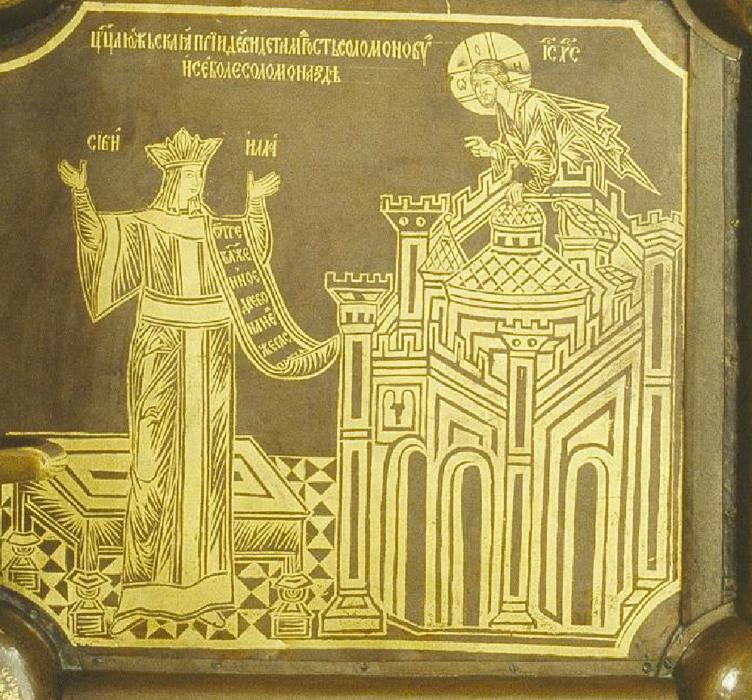 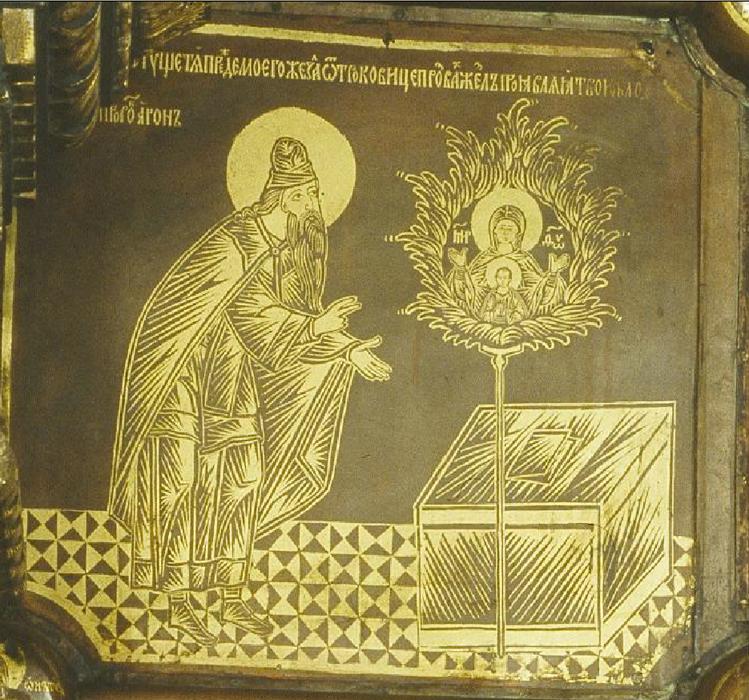 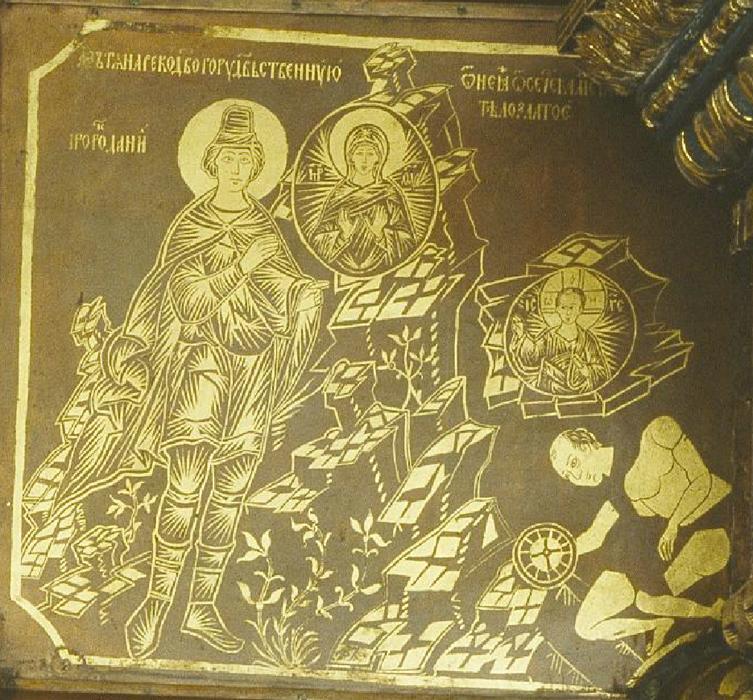 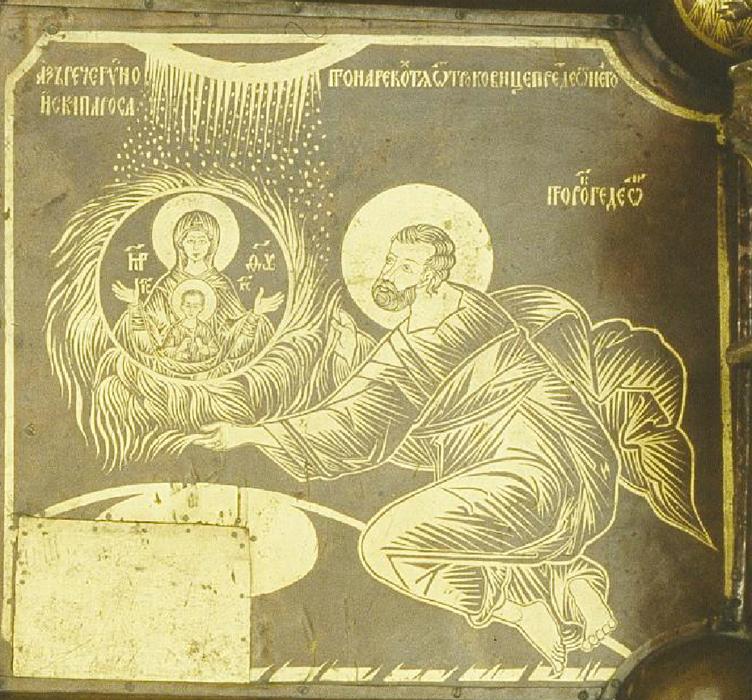 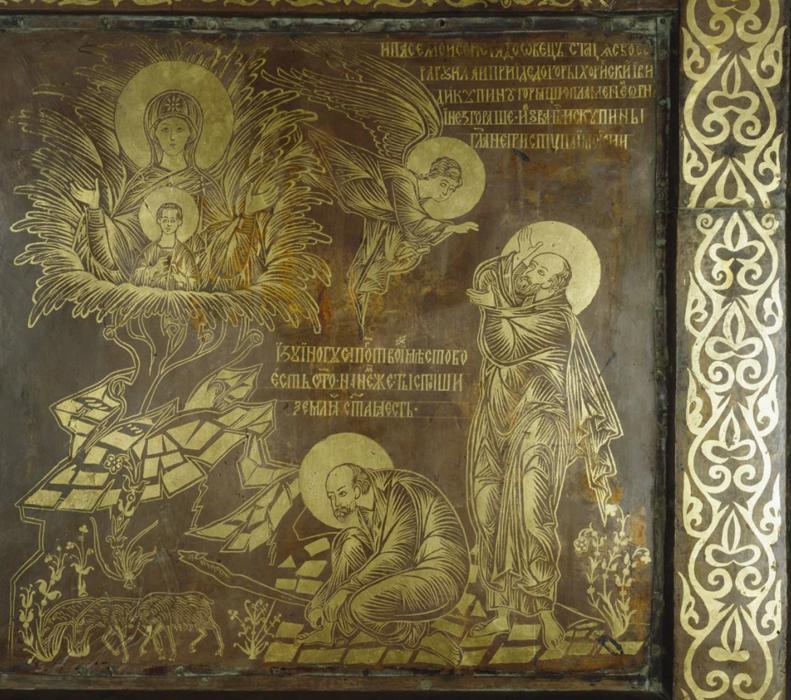 Lower panels are occupied with the images of Ancient Greek philosophers. All the scenes and characters are the components of the composition Jesse tree. 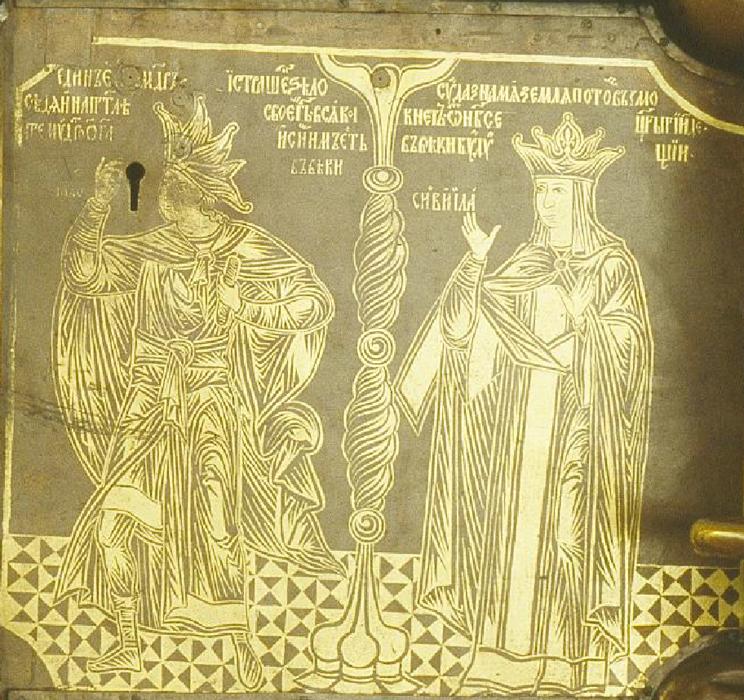 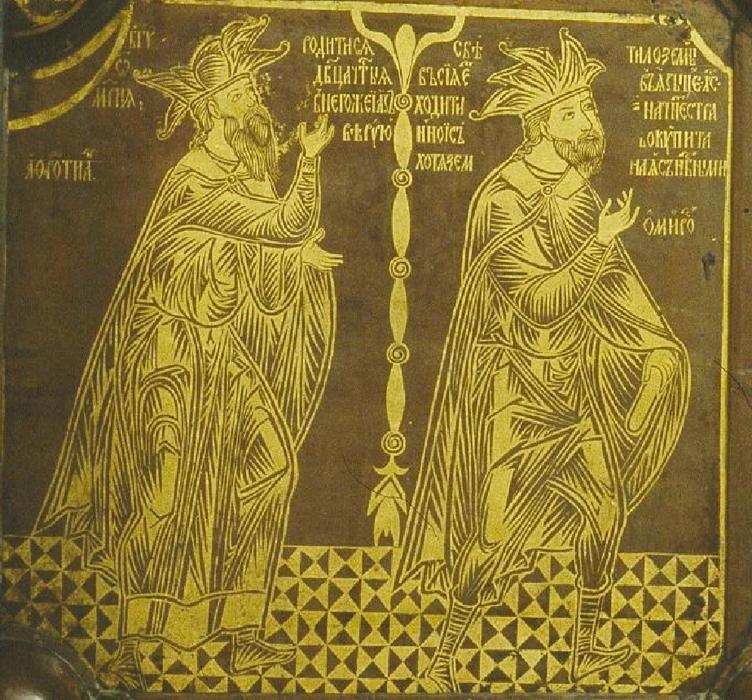 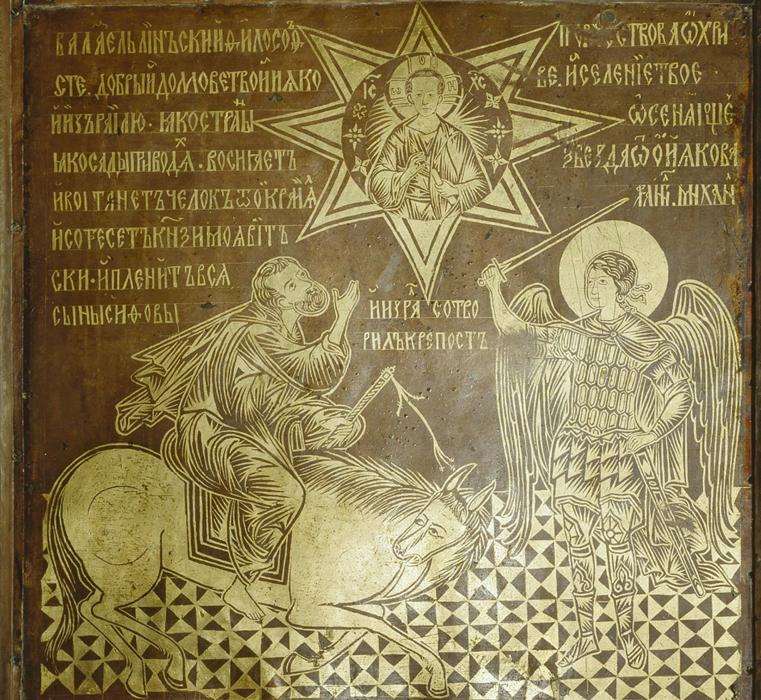 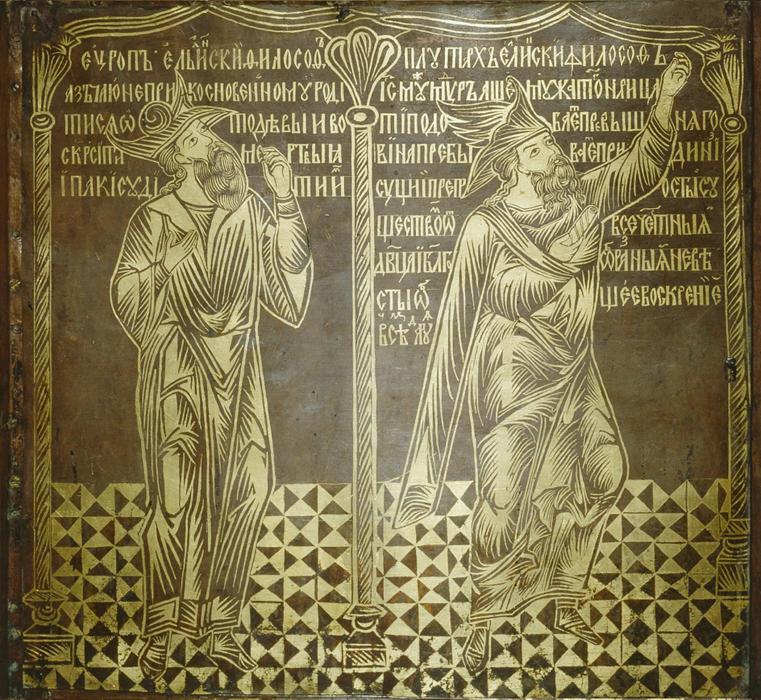 The portal leading to the south porch of the cathedral is made in the traditions of the Old Moscow architecture, perspective in its form, with rotating rectangle corbels and semi-columns bearing beads on half of its height, and sheaf-like chapiters. The portal is surmounted with a spade-shaped arch. The portal was reconstructed in 1949. 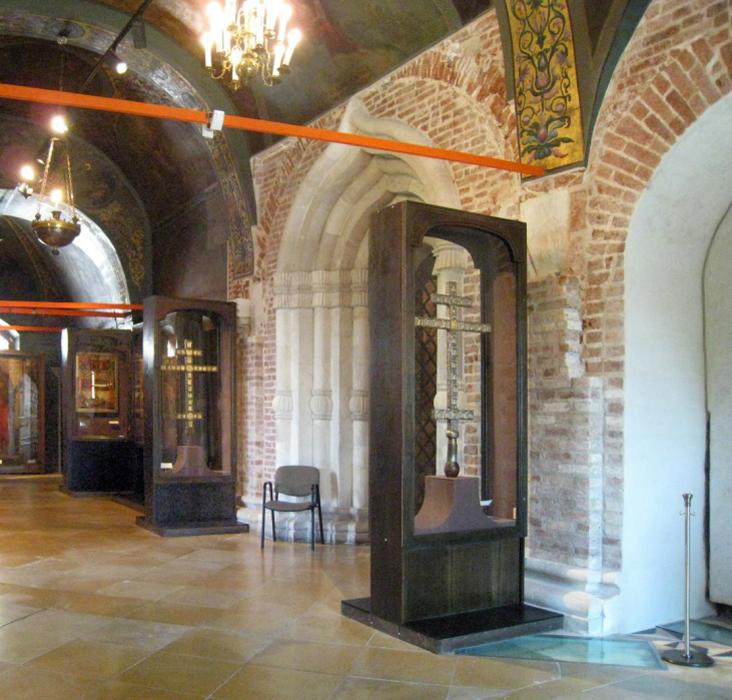 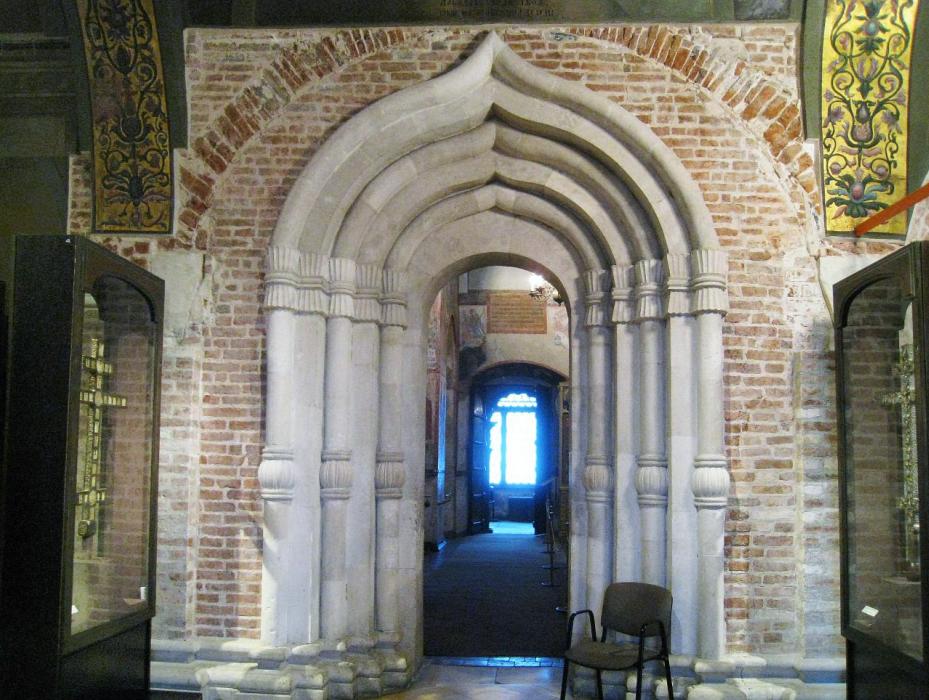