Church domes symbolize heaven, so the painting inside the dome represents a half-length image of Christ Pantocrator. It was entirely cleaned off at the end of the 19th century. Eight angels in solemn intercession with Christ are painted below it.

Between the windows, there are figures of biblical forefathers in full length: Adam, Eva, Abel with shepherd’s crook, Noah and his ark, Enoch, Seth, Melchisedec with the bowl and Jacob.

Medallions in the base of the drum accommodate images of twelve sons of Jacob—forefathers of the ‘twelve tribes of Israel’.

Pendentives (squinch arch) traditionally bear images of the Evangelists, whose books made the teaching of Christ spread across the world.

There are four images of Christ on arch rings under the drum: twice – the Mandylion and twice – Christ Pantocrator. There has remained the old painting of the Mandylion on the east arch ring. Wall arch of the central dome presents prophets with unrolled scrolls, two prophets on each slope. 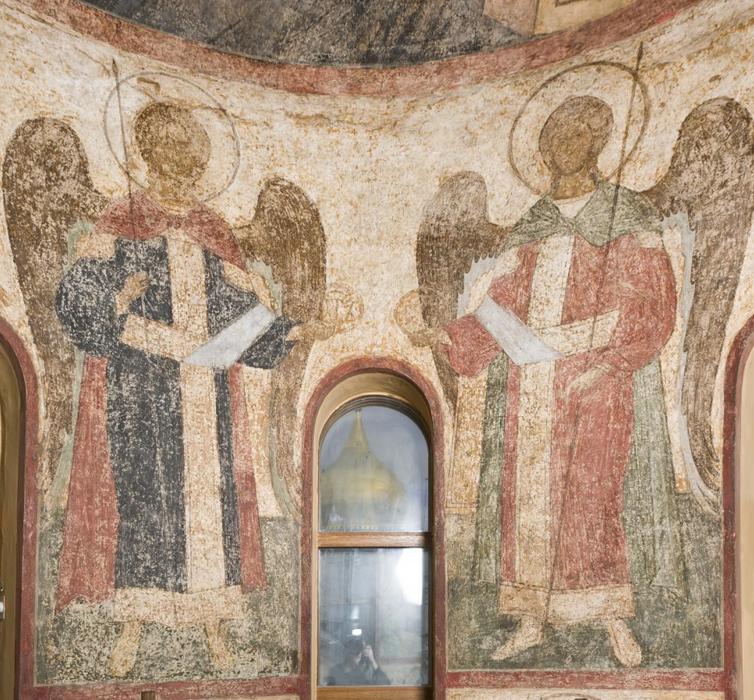 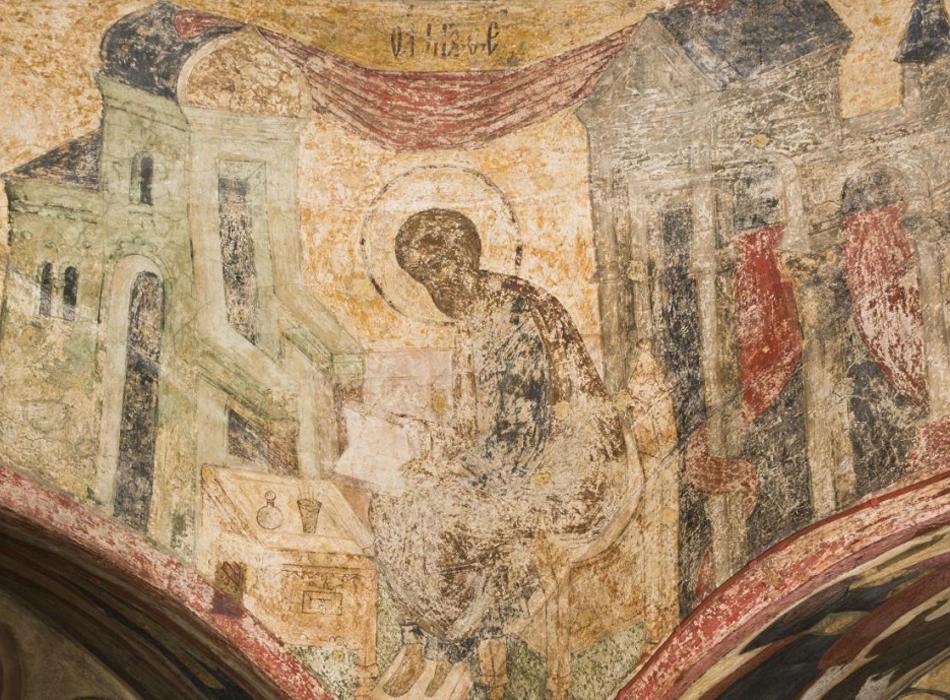 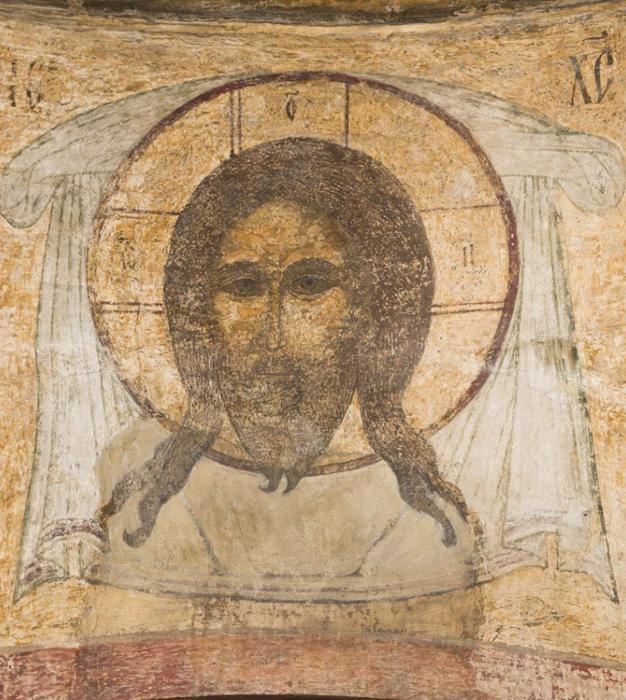 The central part in the Annunciation Cathedral is traditionally occupied by illustrations of feasts, major events in Christ’s Life, playing the main role in the liturgical cycle. The Dormition of the Virgin is painted on the lunette of the north wall.

All the rest feasts are united in two big groups in the west part of the church.

The upper part of the space where the congregation gathers depicts numerous mighty works of Jesus Christ and parables. The painters chose scenes related to divine services in Lent and Pentecost. 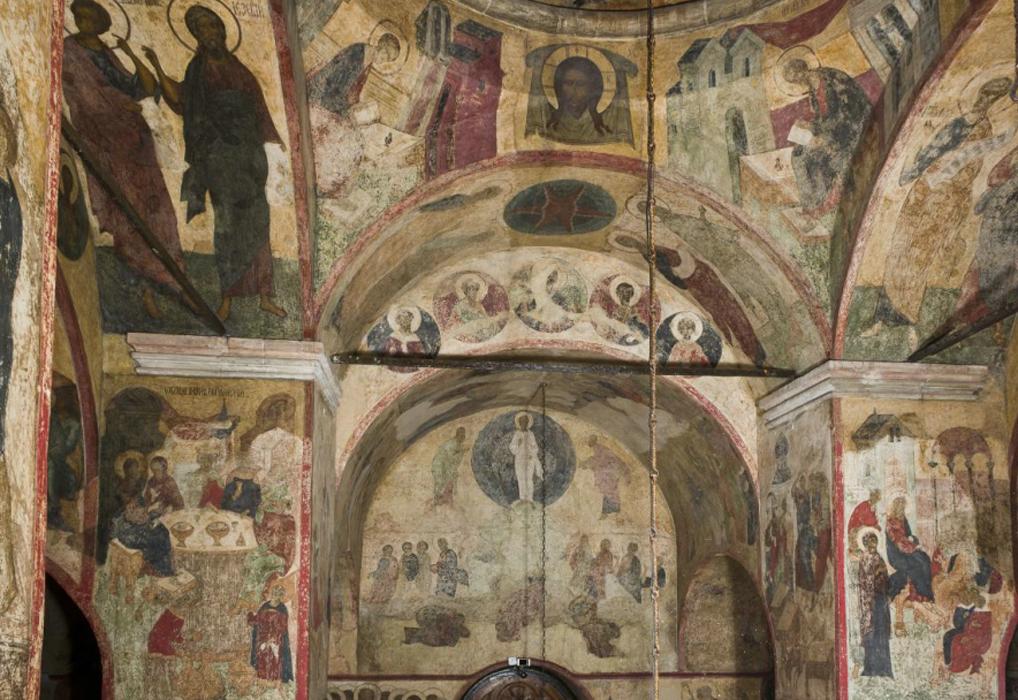 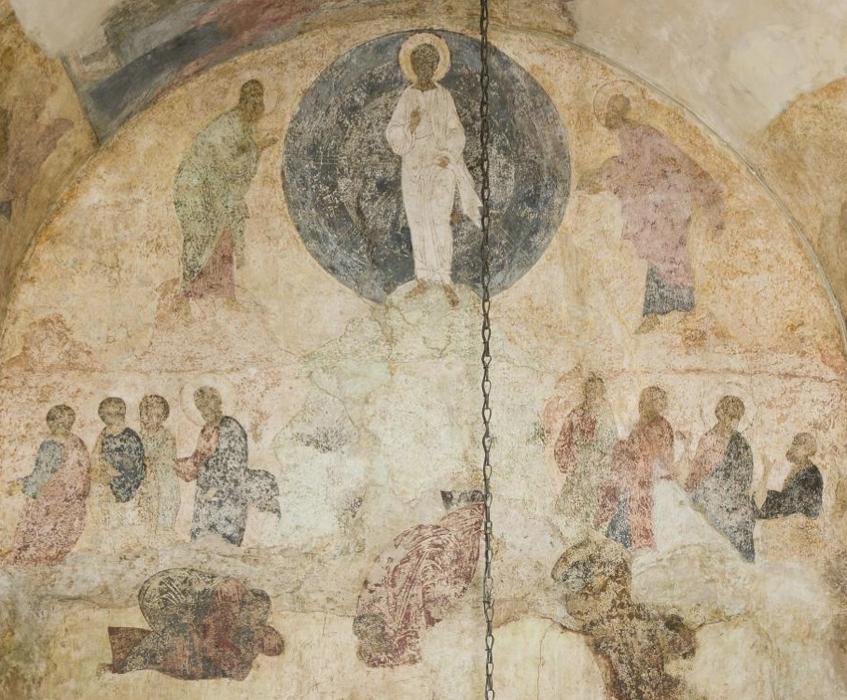 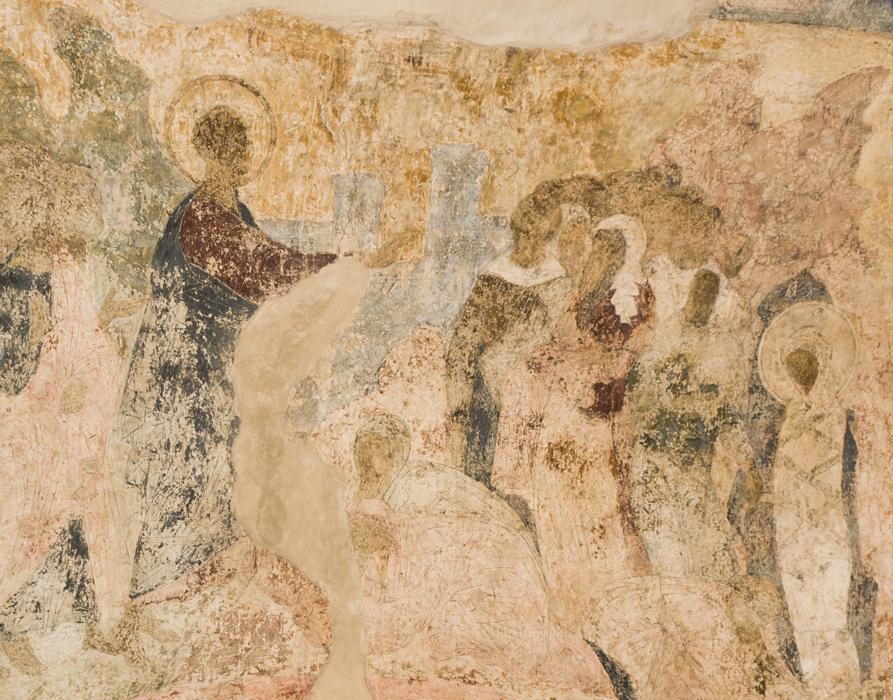 Painting on the west slope of the vault is indicated by words from the Great Acathistos “…the Angels praising the incarnate presence of Christ”. Christ Emmanuel is depicted on the right, in Heaven, surrounded by Angels, and there are numbers of attending figures on the left.  This composition from the Acathistos demonstrates Christ’s glory and power.