Compositions placed above the choir make up several Cycles apparently related to side chapels formerly placed there.

Fresco on the northern part is dedicated to Our Lady, on the central part – to the Archangels. The southern lunette of the northern wall of the former side chapel bears an illustration of St George and the Dragon. The main character here is St George, Great Martyr and Warrior. The image of St George has always been the symbol of military glory for Russian people. It is not a coincidence that this composition is placed near the images of Saint Prince Michael of Chernigov and his boyar Theodore, to whom people prayed for help in situations of military danger.

The aspect of righteousness is emphasized by two compositions on west sides of the pillars—Tsars before St Job and St Zosimus Gives Communion to St Mary of Egypt.

The New Testament Trinity surrounded by the assembly of angels is depicted on the flat-slab desk under the choir and dates back to the 19th century. 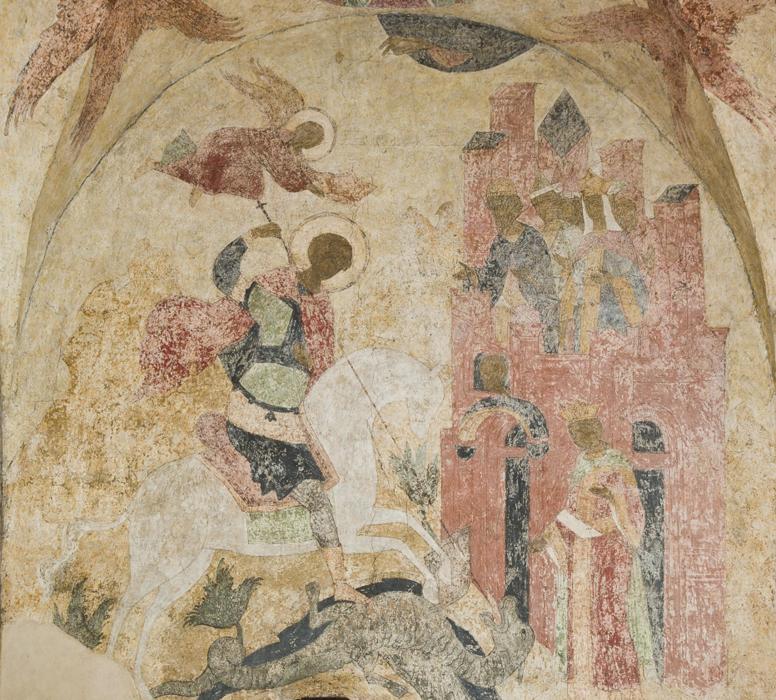 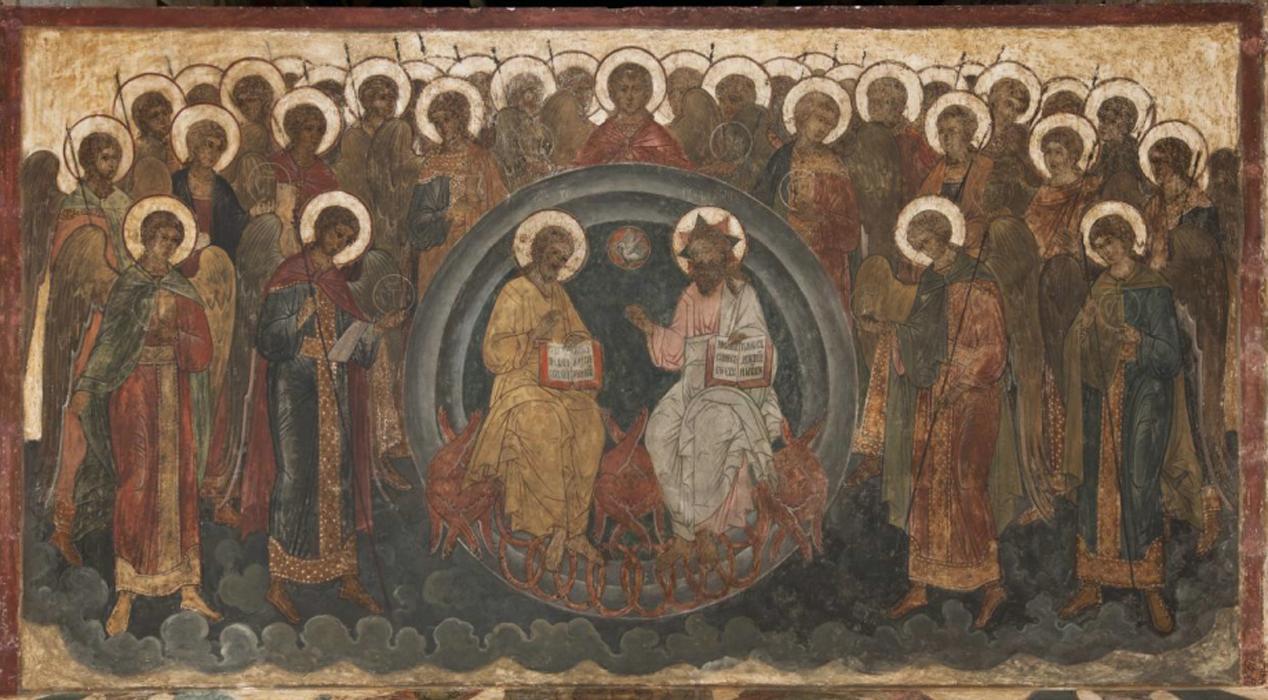