The entire vault of the north-west gallery is covered by the Tree of Jesse—the genealogy of Jesus Christ, based on biblical stories. The uniqueness of the composition is in the abundance of figures and the iconography of ancient philosophers: Virgil, Aristotle, Homer, Plutarch, Zenon and Thucydides.

The fresco of the Vernicle image of the Saviour is represented over the entrance to the cathedral’s northern gallery. Among compositions of the western gallery is the Trinity, Synaxis of the Theotokos and Deeds of the Monastic Anchorites.

The slopes of the vaults illustrate biblical prophecies and evangelical scenes showing the main stages in Christ’s terrestrial Life resulting in the Redemption: the Three Youths in the Fiery Furnace, Gideon’s Fleece, Jacob’s Ladder, The Nativity, The Meeting of Jesus Christ at the Temple, The  Crucifixion and The  Ascension. 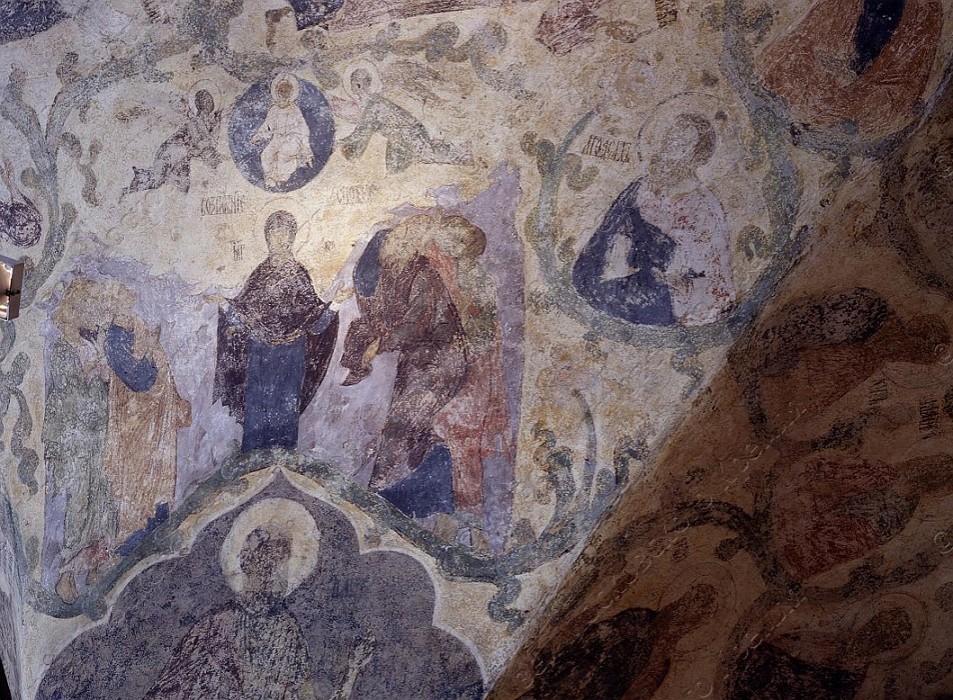 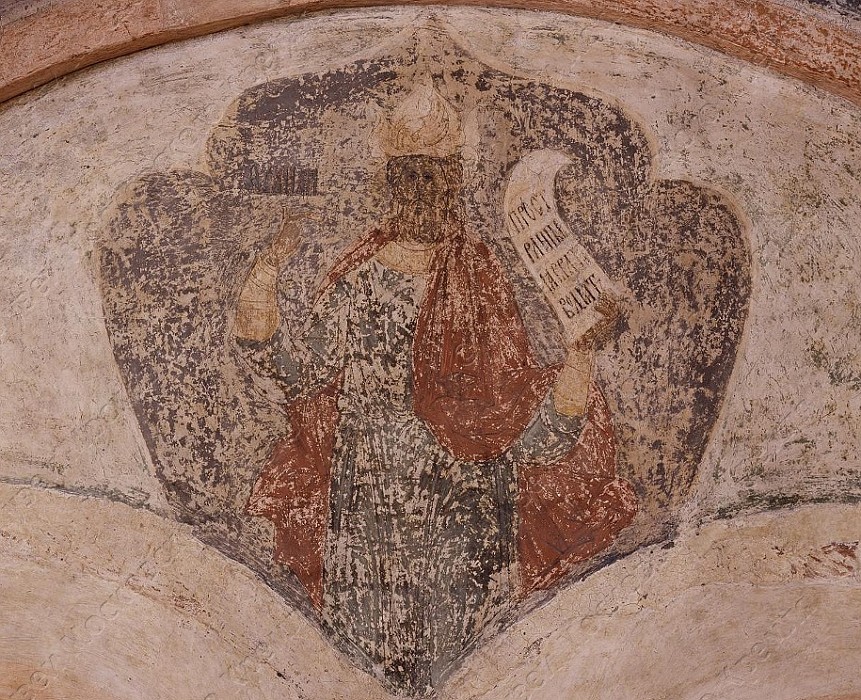 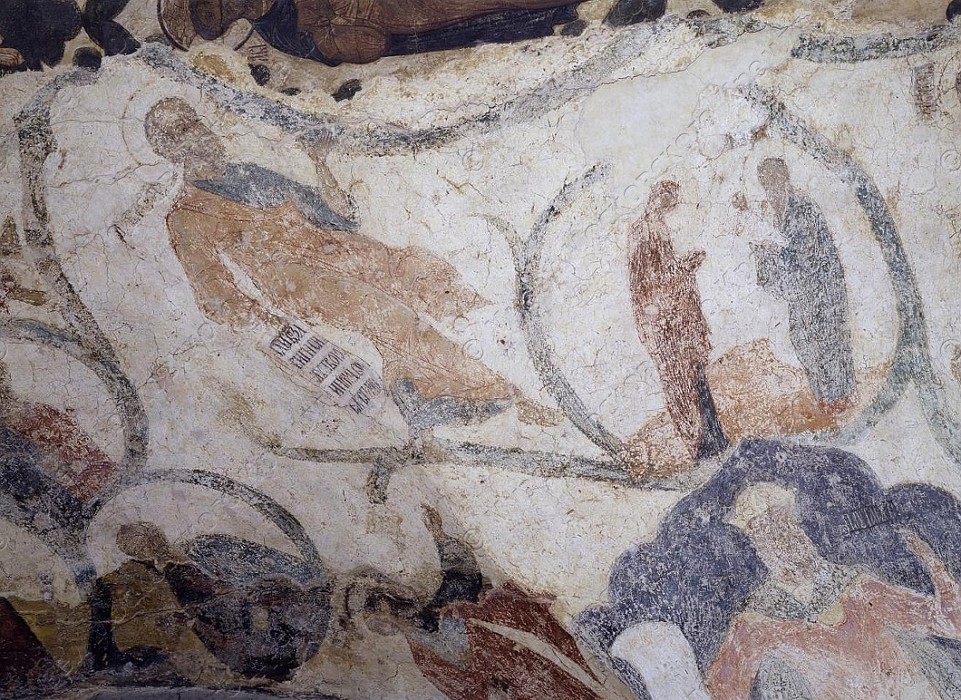