This tier consisting of small icons is placed between the Deisis and the Veneration tiers. Because of their length, these icons are called "pyadnitsa", after the ancient Russian length bar ‘pyad’ (7 inches). The ‘palm’ tier is not often encountered in Russian iconostases, this is a specifically Moscow phenomenon and typical of the iconostasis in private chapels.

The menaion tier underwent changes more than once during several ages. It mainly comprised images of the Theotokos in the 17th century. The icons in this tier were often exchanged, taken to palace rooms or presented to guests. A part of extant icons from the Annunciation Cathedral is presented at the exposition in the southern gallery of the cathedral. These icons were replaced by other ones depicting yearly feast days and saints at the beginning of the 18th century. Virtually the entire tier of double-sided icons was painted on primed canvas by D.G. Shumilov in 1818, to replace the works lost during the French occupation of the Kremlin in 1812. Only two icons survive from the early 18th century—Midpintecost / Week of Debilitation and The Crucifixion / The Deposition. Now the tier comprises thirty small double-sided icons. The left side of the iconostasis is occupied by menaion—icons, depicting the monthly feasts and saints (fifteen days on each side of the icon); and there are depictions of different feast days on the right side. 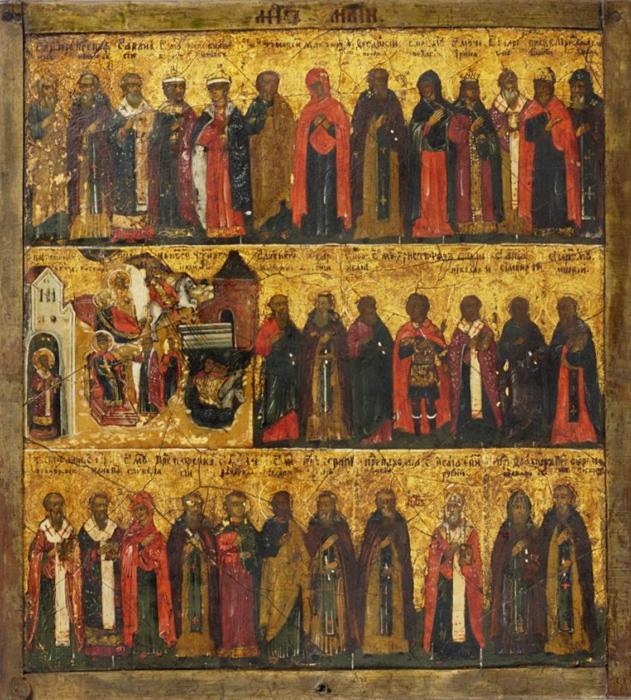 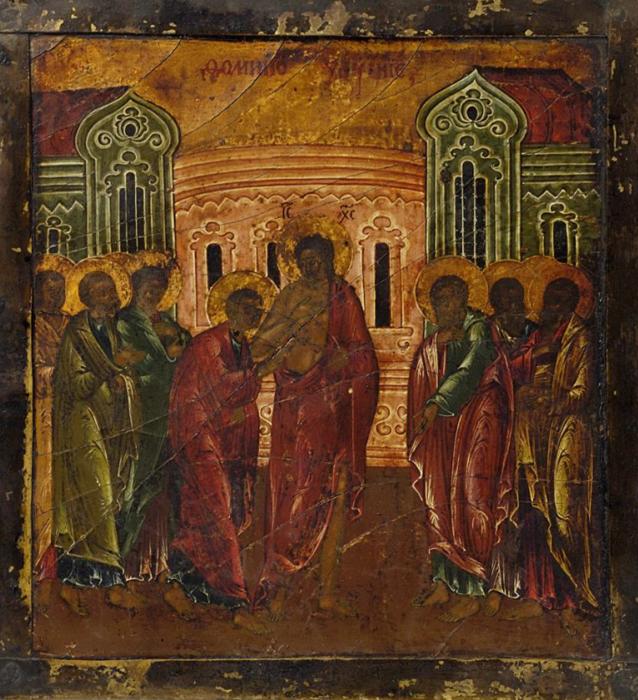 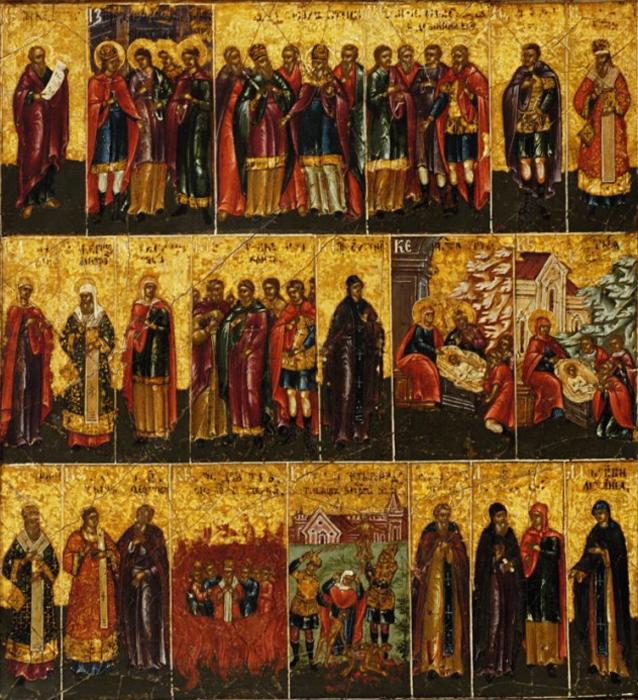