The patronal icon occupies its permanent place in the Local tier of the iconostasis probably since the 16th century. The museum's collection includes several icons with images of the saint patrons of Moscow tsars. They were painted on narrow plates in commemoration of coronation ceremonies and placed at the iconostasis of the private cathedral. After the death of the owner, they were transferred to the Archangel Cathedral, a burial place of Moscow princes and tsars. As Saint Petersburg became the capital of Russia at the beginning of the 18th century, the icon ‘Apostle Peter, John the Precursor and Alexis, the Man of God’ (patrons of Peter I, his brother Ivan V and their father Alexey Mikhailovich) was unclaimed, because the first Russian Emperor Peter I was buried in the Peter and Paul Cathedral of Saint Petersburg. According to the records, the icon of the Saviour Enthroned, placed in the Local tier of the iconostasis, was painted by Michael in the time of Grand Prince Ivan Danilovich. Nevertheless, the painting of the icon is considered to be preserved since the 16th century. 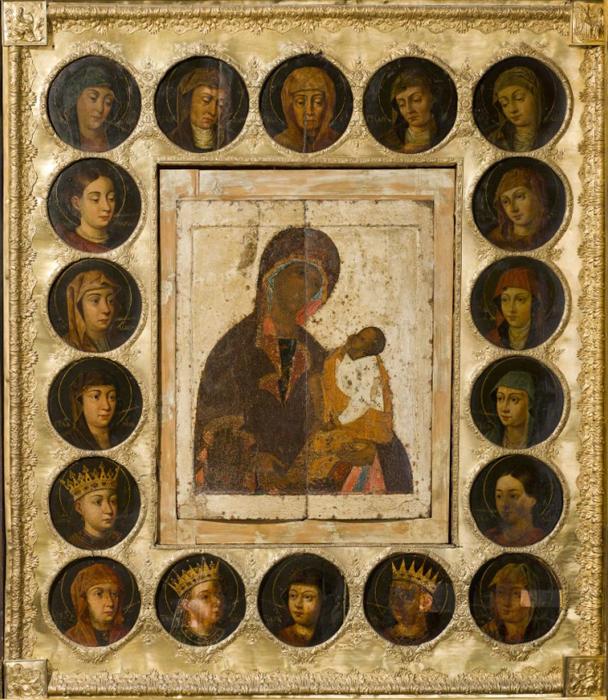