There is an undocumented legend in the 19th-century descriptions of the Annunciation Cathedral, that Prince Andrey, the son of Alexander Nevsky, built a wooden church of the Annunciation in 1291. As there was a Princely court in Moscow, there must have been a church.

The archaeological research traces construction work of the first white-stone cathedral on the grand princely court back to the second half of the 14th century. It was a small one-cupola church on a high ground floor where the treasury of Moscow princes was kept (N 1 on plan). The records of 1405 tell that the cathedral was decorated with murals by masters Theophanes the Greek, Prochorus from Gorodets and Andrey Rublev.

The official chronicles describe the complete reconstruction of the cathedral in 1416 when the white-stone ground floor was strengthened and widened (N 2 on plan).

The process of the unification of Russian lands was almost complete by the end of the 15th century; Moscow became the capital of the great state and the ‘Sovereign of all Rus’ Grand Prince Ivan III founded the construction of the new grand princely residence, as well as the private chapel. In 1482 he laid the foundation of a new stone Annunciation Cathedral. He ordered the old cathedral built by his grandfather to be dismantled down to the socle floor. A new three-cupola cathedral was built of bricks on the foundations of the previous one and was surrounded on all sides by covered arcades and porches (N 3 on plan). 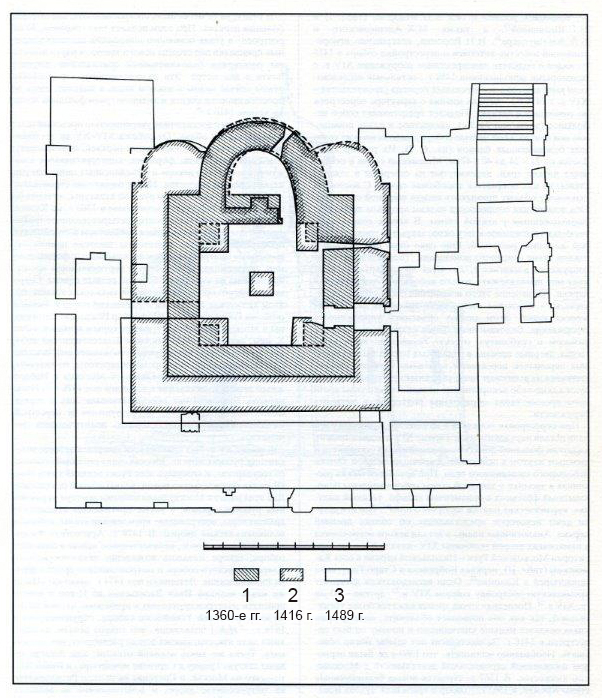 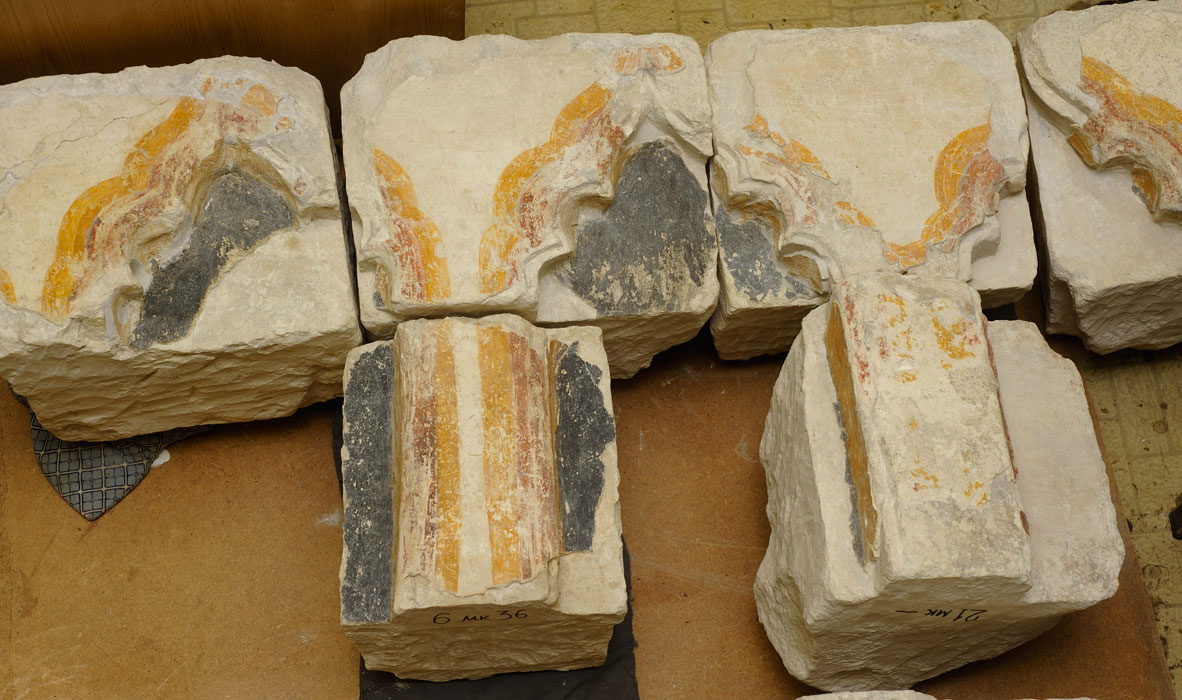