HISTORY OF THE ANNUNCIATION CATHEDRAL 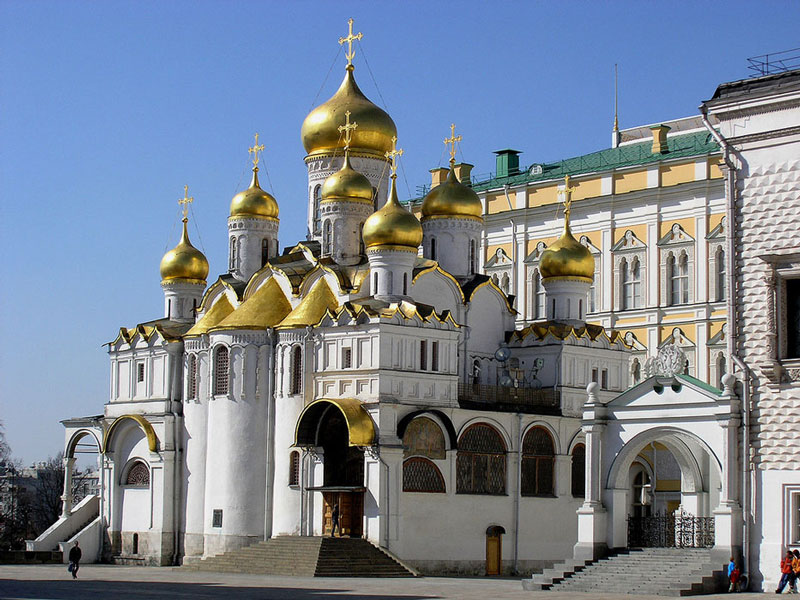 The Annunciation Cathedral—one of the oldest monuments rich of the works of art of the Moscow Kremlin is situated on the Borovitsky Hill edge, on the southern side of the Cathedral Square.

The temple was erected in 1484-1489, during the time of reign of the Sovereign of All Russia Ivan III. The Assumption Cathedral has got particular importance in the history of Russian art of building, because it was constructed by the Pskov architects, according to the chronicle, while most of the new residence’s buildings were erected by Italian architects. The appearance of the cathedral combines features peculiar to both Moscow and Pskov architectural traditions. The Pskovian tradition is recognizable in the use of ornamental semicircular niches in the design of the vault and the decoration of the domes’ drums made of patterned bricks placed flat or on the edge. At the same time, keel-shaped arched gables and corbel arches (kokoshnik) are characteristic of Moscow architecture. The cathedral is elegant and not too big, which corresponds to its role as the private chapel of the Grand Princely family.

In 1489, when construction works were complete, the cathedral was consecrated in honour of the Annunciation Day, devoted to the happy announcement by the Archangel Gabriel to the Virgin Mary that she was going to give birth to the son of God.

On decree of Great Prince Vasily Ivanovich in 1508, the domes were gilded and the icons of the iconostasis were covered with silver, gold and glass beads. Feodosy, the son of the renowned painter Dionysius, was trusted to paint the church with gilt. In 1520, the porches of the cathedral were decorated with frescoes.

The Annunciation Cathedral started as a church with three domes, surrounded by an enclosed gallery, with porches on foursides. In the 1560s, by the order of Tsar Ivan IV the Terrible, four small side churches were erected at the corners of the galleries, while two blank cupolas were built above the western part of the cathedral. The domes and the roof were covered with copper gilt plates. It was just the time when the present-day picturesque appearance of the nine-domed cathedral was mainly formed.

The researchers associate this stage of the construction and the consecration of the side chapels with the greatest events of the mid 16th century, i.e. the coronation of Ivan IV, the conquest of Kazan and Polatsk (the latter is one of the victories of the Livonian war). With reconstructing and adorning his private chapel, Ivan the Terrible sought to strengthen its role in the Kremlin ensemble and to make the cathedral worthy of the autocratic sovereign of the vast state. 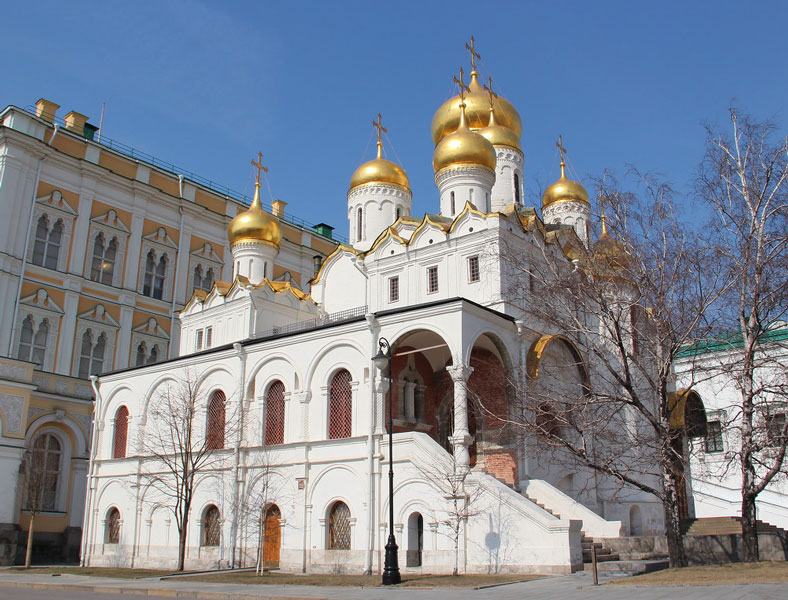 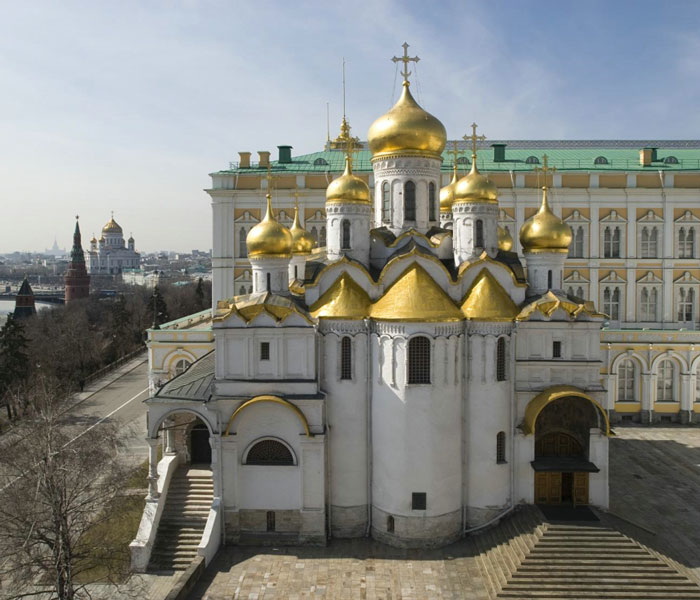 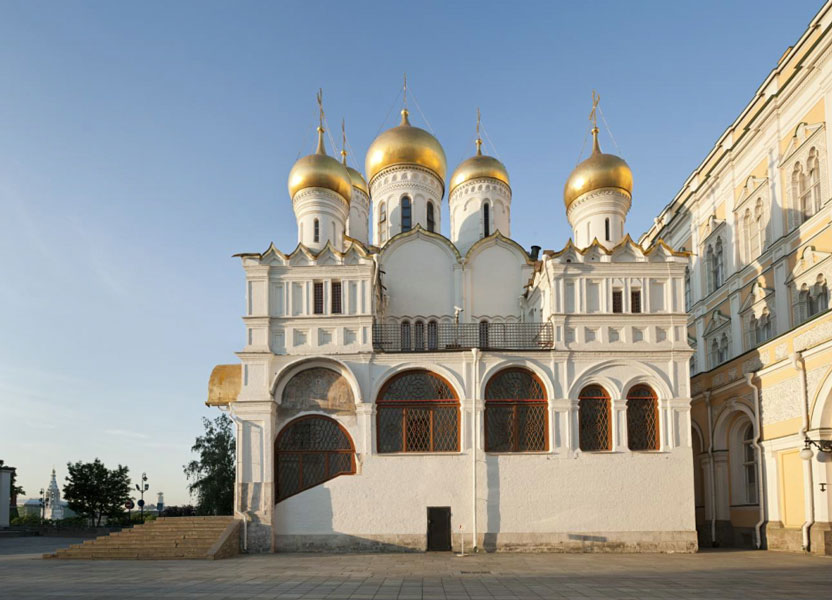 The Annunciation Cathedral had been the private chapel of the Moscow great princes and tsars for centuries. Documents dating back to the 16th–17th centuries describe the cathedral as a church at the ‘sovereign’s court’, ‘anteroom’ and ‘passage’, as the building was a part of the palace complex of grand princes and later – tsars, consisting from separate chambers. The sacred relics, i.e. the relics of the saints, most venerated icons, old books and precious vessels had been kept at the cathedral since the olden days. The archpriest of the Annunciation Cathedral was traditionally the confessor of the tsar.

After the1917 Revolution occurred, the cathedral was closed. In 1918 the museums have been established in the Kremlin, and all the subsequent activity was aimed at the research, restoration and preservation of the cathedral and its works of art.

The 500th Anniversary of the Annunciation Cathedral was celebrated in 1989 with the opening of the exposition of icons and items of church everyday life in the south gallery. 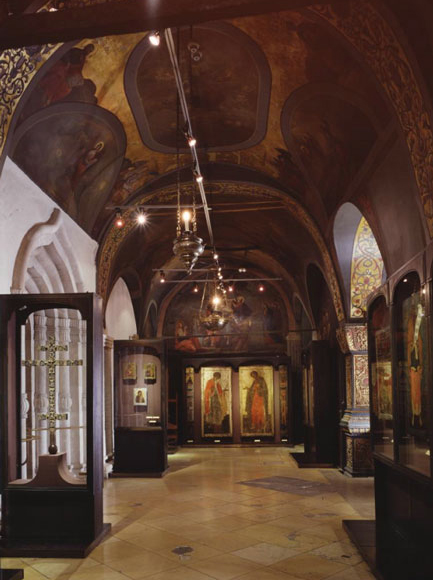 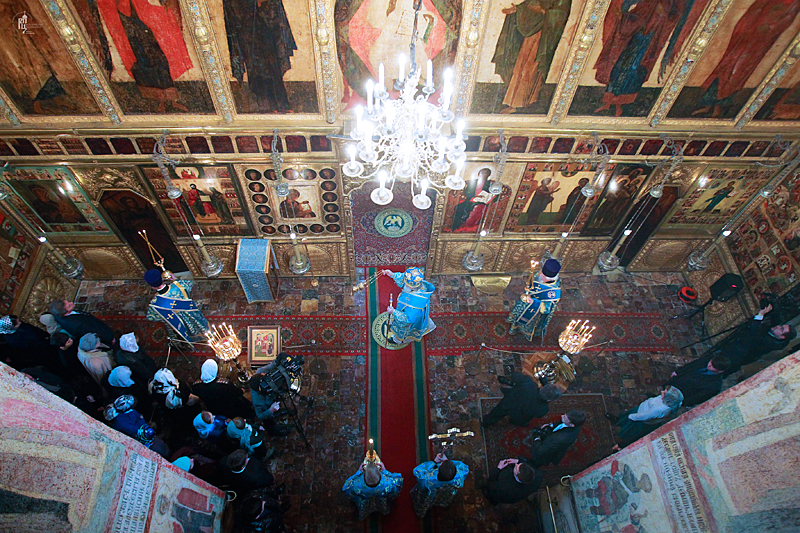 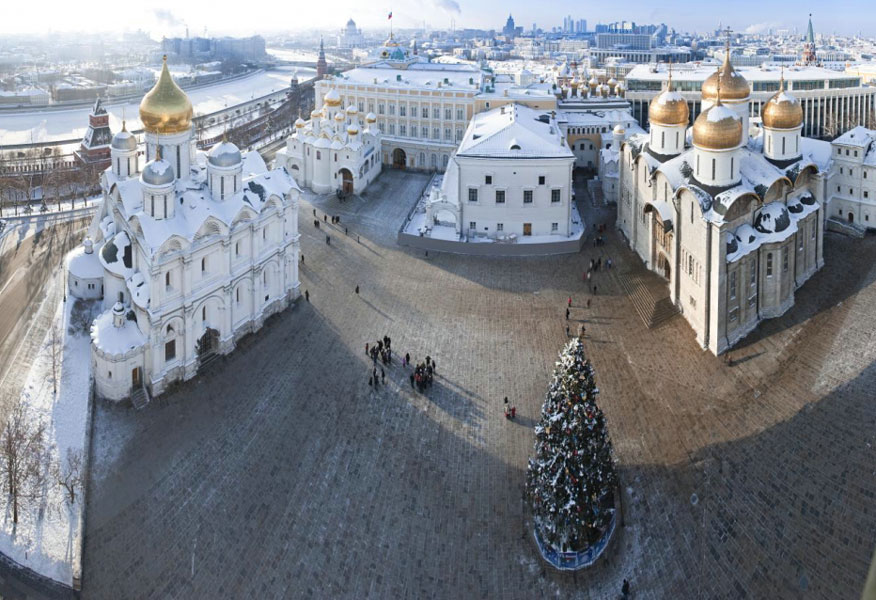