In order to emphasize the significance of the place occupied by the Annunciation Cathedral representing the new status of Ivan the Terrible, a special cycle of scene painting was made at the main entrance by the square. Its theme and symbolic meaning were closely linked to the ideas of that time. According to the chronicle, the tsar ordered to paint the north entrance of the cathedral’s gallery soon after the side chapels were consecrated.

A poor state of preservation allows saying just about the plot of the frescoes’ themes. This Cycle consists of seven compositions comprising two themes—the glorification of the Mother of God and Archangel Michael, that is, they are related to the consecration of the newly built chapels. The main theme of these murals, the glorification of the Holy Virgin, is displayed in five compositions, viz “What Do We Bring Thee, Christ”, an exterior fresco of the central arch above the entrance, and four more scenes from the Acathistos Hymn to the Most Holy Theotokos on the vestibule wall. 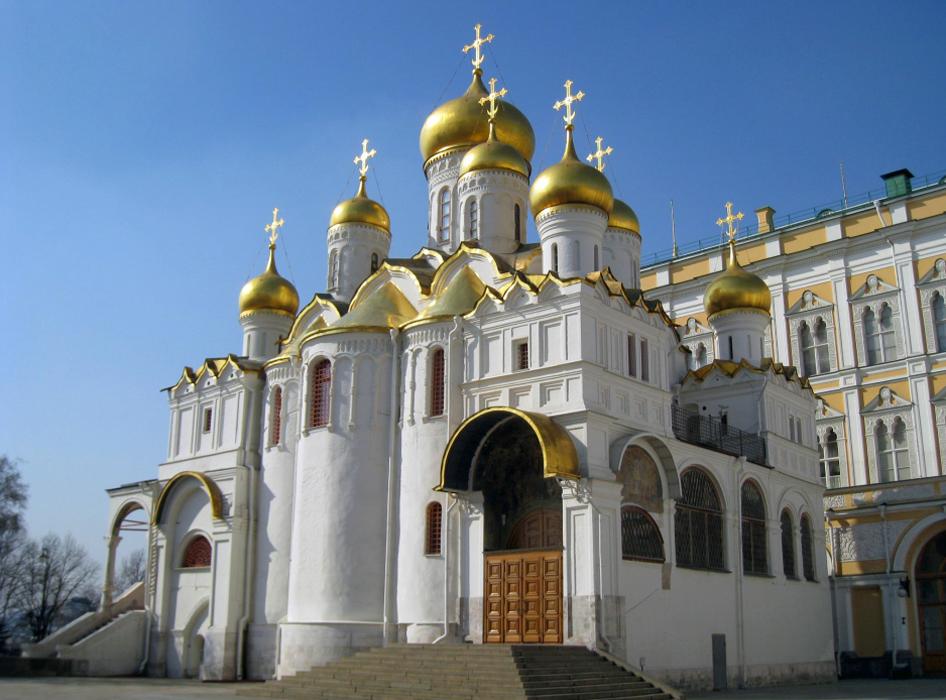 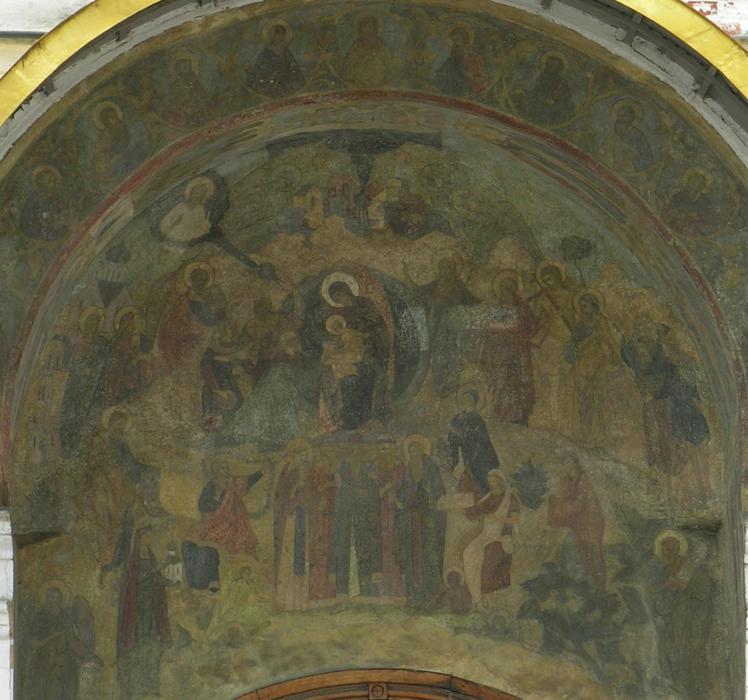 Central fresco of the Cycle is the composition “What Do We Bring Thee, Christ”. This theme eulogizing Our Lady can be rarely found in the paintings of Russian churches. The plot of this scene is close to the fresco in the Assumption Cathedral in the city of Sviyazhsk (1558). There is an image of St John the Precursor on both frescoes. The theme of the glorification of the Holy Virgin is continued in four vestibules’ spandrels. 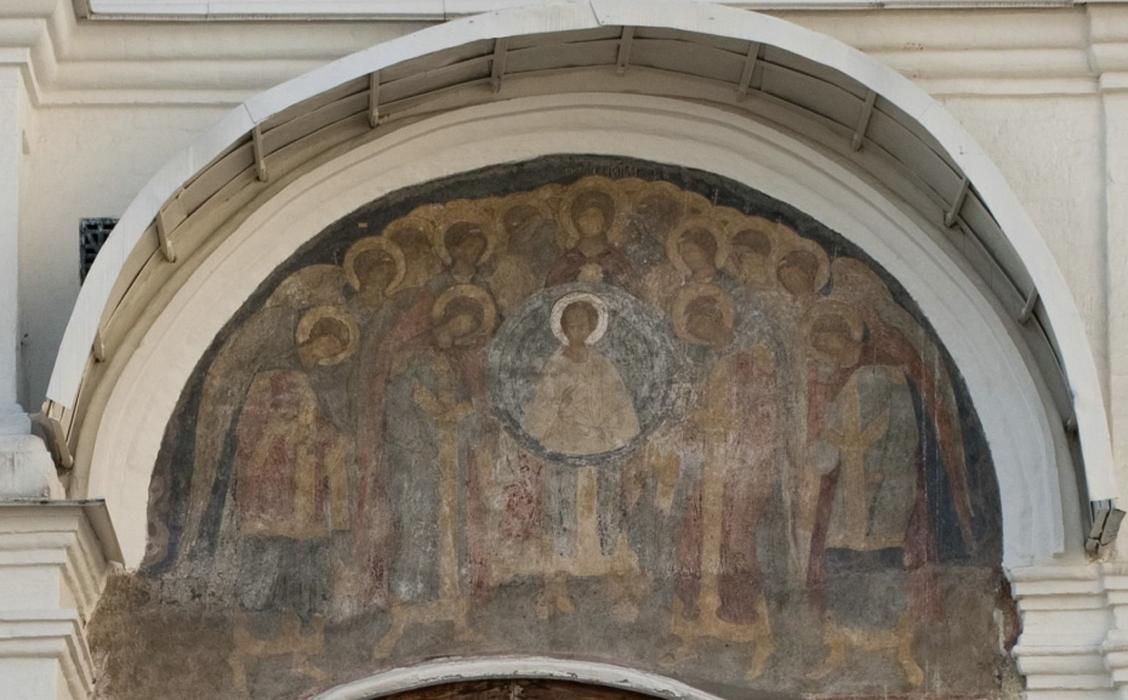 The consecration of the northern side chapels to the Synaxis of the Most Holy Theotokos and Synaxis of the Archangel Michael and the Other Bodiless Powers was related to the Livonian Campaign (the campaign as a council, congregation of Orthodox Christians, led by Archangel Michael as a warrior saint under the auspices of the Most Holy Mother). Later the chapel was reconsecrated in the name of the Synaxis of the Archangel Gabriel, perhaps for the Feast of the Archangel Gabriel is celebrated on the next day after the Dedication Day—the Feast of the Annunciation. On this day, Ivan the Terrible’s father, whose patron saint was Basil the Great, archbishop of Caesarea in Cappadocia, was born.