ARCHITECTURAL DESIGN OF THE INTERIOR SPACE

The Annunciation Cathedral is a cross-domed church having four internal pillars. High basket-handle arches form the cross of the cathedral. Its perpends are overlain by lowed intersected vaults. Four squire pillars support the central dome drum that permits light through.

The interior space is not large, for it was designed to be the private place of worship of Russian sovereigns. The modern iconostasis, which is a bit higher than the original one, adjoins east pillars. Wide choir place based on massive low vaults occupies the western part of the cathedral. Access to the choir is by a spiral staircase built into the thickness of the northern wall. According to the legend, the women of the grand princely family occupied the choir during the liturgy. But studies showed that originally the choir was isolated by a brick wall about two meters high, so the choir gallery was unusable for participating in the liturgy. It appears that there had been three side churches from the late 15th century till the 1560s, dedicated to St George, Synaxis of the Archangels and the Holy Virgin. This is evident from the construction features and the theme of the wall painting. 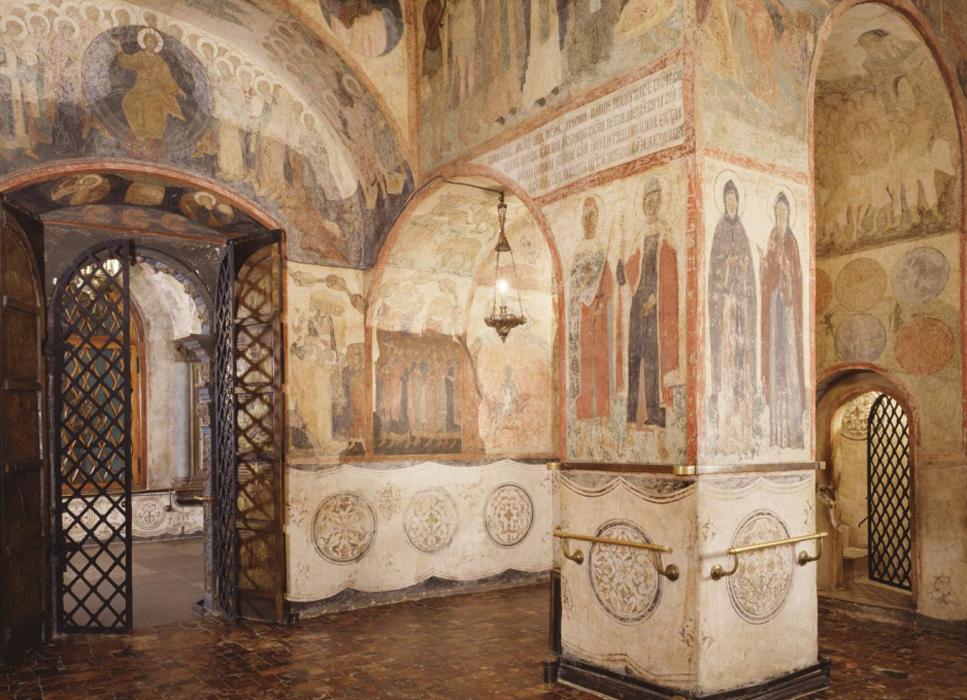 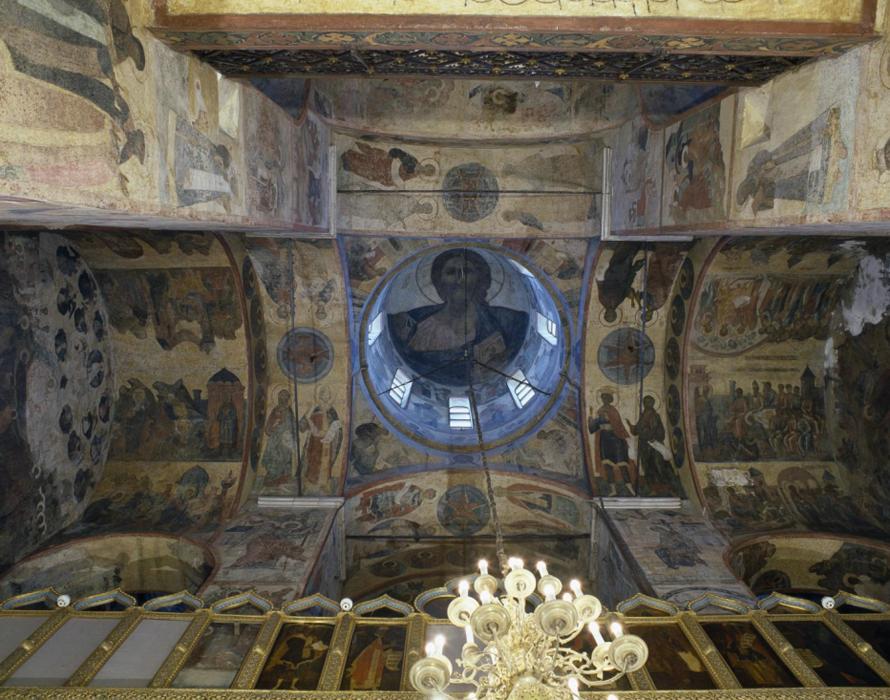 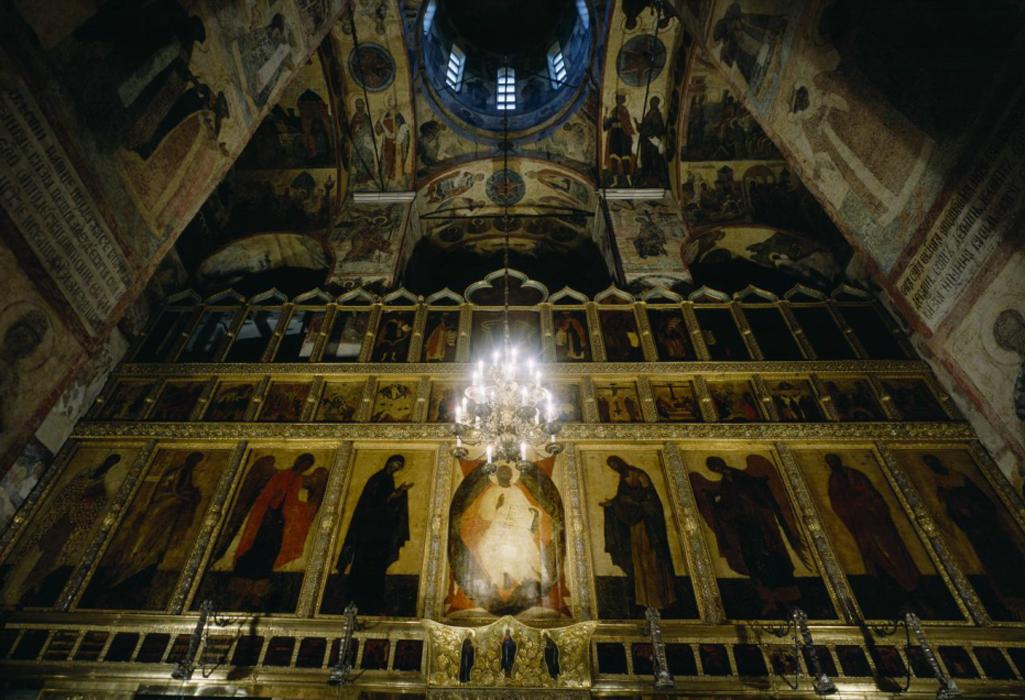 The central area of the church is characterized by exaggeratedly vertical proportions, namely basket-handle arches of cross arms, corbel wall arches and a tall drum of the central dome. The lower part of the cathedral is darkened, but the drum lets light through. The beautiful floor in the church is made of red jasper and Persian agate.

The windows on the north and south walls were narrow and slit-like; they were hacked out by cutting in the 18th century.

The central part of the cathedral underwent considerable reconstruction. The choir between the pillars and the walls of the aisles, which were isolating the choir, were dismantled in the 17th century. The choir place was reconstructed in the 19th century, but the simple flat-slab deck was made instead of the vault.